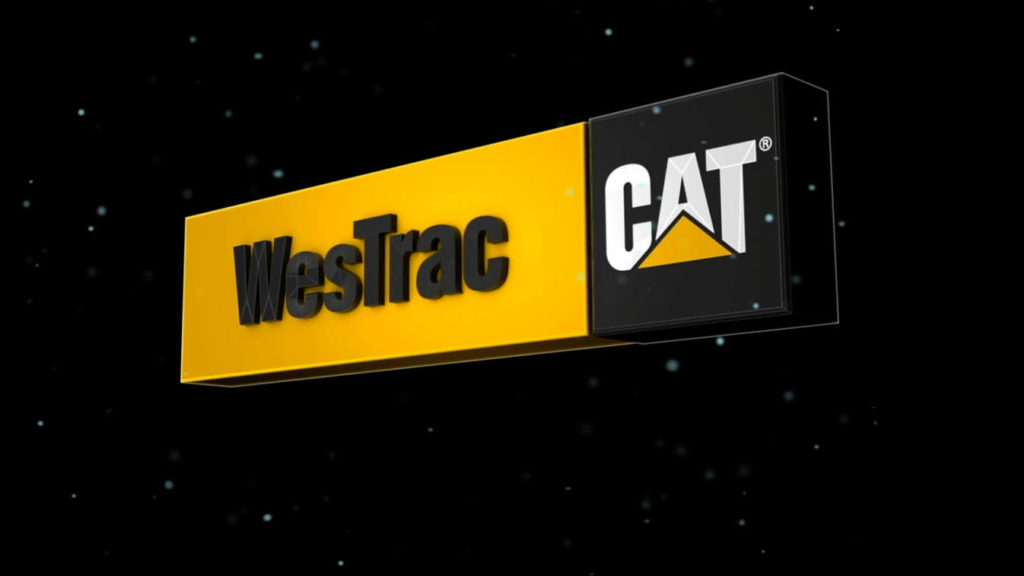 The 2021 Diggers and Dealers audience were treated to a number of special halogauze shows which created spectacular holograms on stage. Fireteller were approached by Lux Events, who they have worked with on a number of light and sound shows, to create material for two shows- a fully animated 3D introduction to Westrac’s new diesel-electric CAT vehicle, as well as an interactive magic show.

Diggers and Dealers is Australia’s leading mining forum, combining corporate presentations by mining and exploration companies alongside a large exhibition area housing over 157 exhibitors. Attendees include miners, explorers, brokers, bankers, investors, financiers and mining industries from around the world. The event provides a unique opportunity for industry professionals to meet and network. The forum is held annually in the Western Australian town of Kalgoorlie, famous for its Superpit gold mine.

Fireteller’s halogauze shows were created in conjunction with Lux Events and featured in the closing event of the forum. Halogauze is theatrical gauze combined with a highly reflective metallic coating. It allows projected images to be solidly reflected, but it also means that anything placed behind the halogauze, when carefully lit, can also be seen. When staged correctly it can make images and logos appear 3-dimensional and like they are floating in space. Halogauze has been used by top artists and performers around the world- such as Beyonce and Lady Gaga. By combining 3D images with an interacting performer it can create a dazzling effect.

The Westrac show featured a performer behind the gauze who interacted with the images. Fireteller and Lux projected animated graphics of a dashboard up on the screen and the performer ‘operated’ the images in a Minority Report style, reminiscent of Tom Cruise. The introduction of Westrac’s CAT was a major announcement for the mining company- one that Fireteller took very seriously. Working around the clock and within a tight deadline Fireteller and Lux Events delivered a show that wowed the Diggers and Dealers audience.

Along with the Westrac show, Fireteller also created a magic halogauze show where a real magician interacted with graphical elements on the screen. His magic tricks, paired with the ‘magic’ of the halogauze, thrilled the Diggers audience and provided much needed entertainment.

Fireteller don’t just create corporate videos, they produce full scale light and sound exhibitions in a number of mediums. Their halogauze work adds to their experience with projecting onto water screens, as seen in their 2021 Australia Day project Shining the Light.

You can watch the Westrac video here. Produced and animated by Fireteller.

Fireteller animated a 3D tunnel. The camera moved through the ground and into a 3D underground cave. 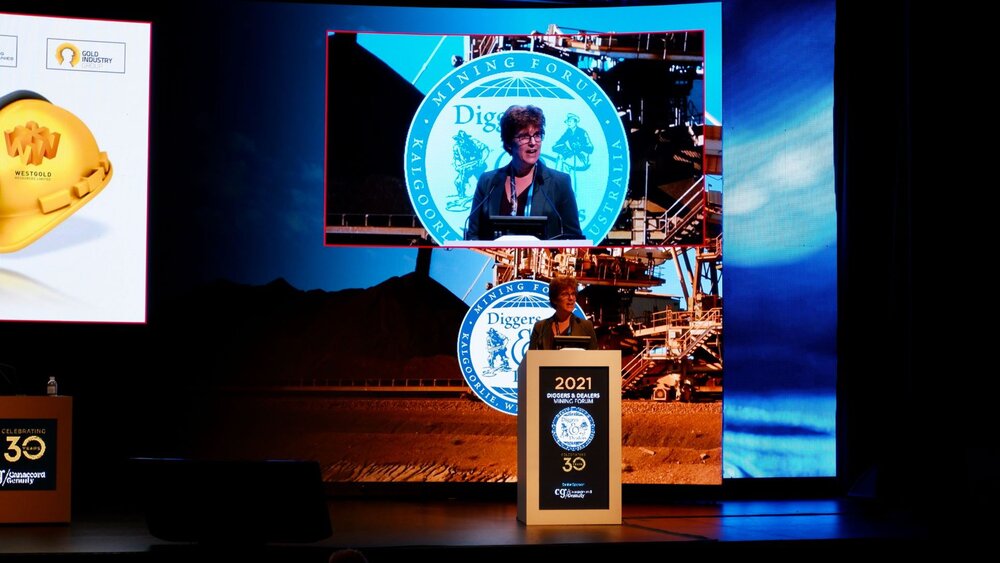 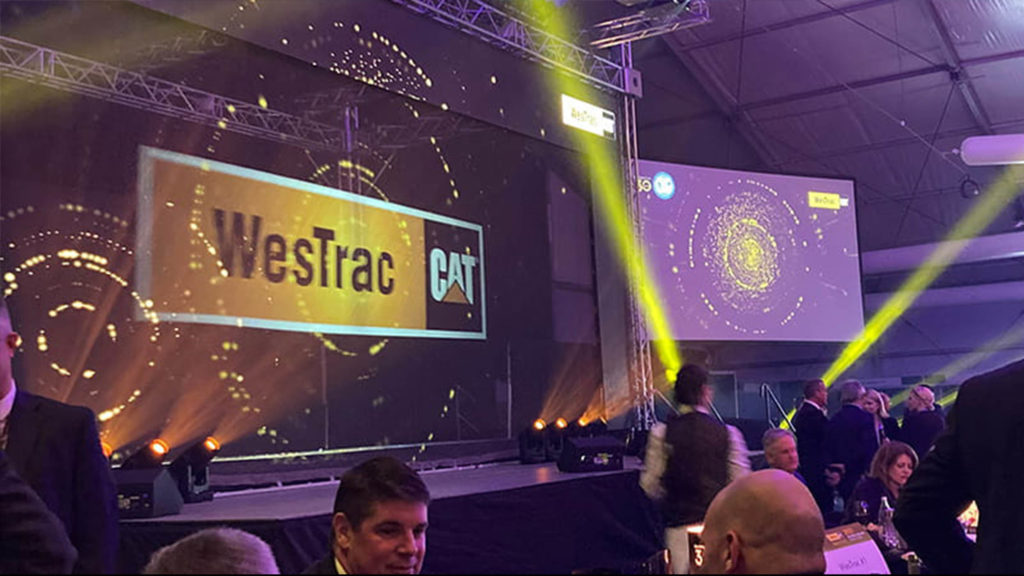