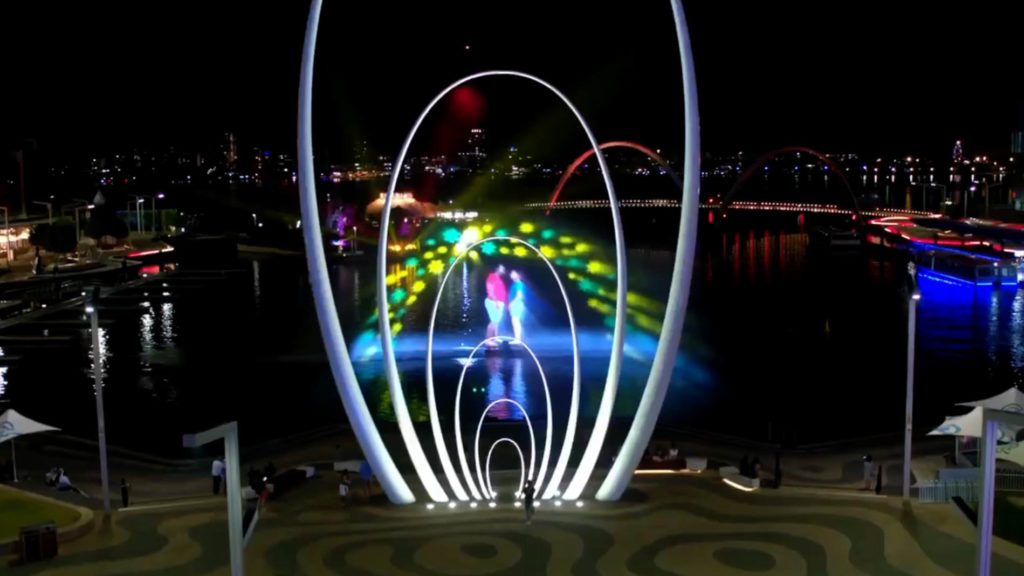 In 2021 the Perth Skyworks, our capital’s annual Australia Day firework show, were cancelled due to Covid. This unforeseen event saw the City of Perth searching for an alternative event that could better cater to the covid restrictions that had swept across the city. They turned to event company Lux Events to commission a new water screen projection show to be screened as part of the Australia Day festival. Lux turned to Fireteller to create the film that would ultimately be projected onto a water screen installed by Lux.

The film was projected onto a 15 x 32 metre water screen from January 22-26, 2021 as part of the Australia Day Festival held by Auspire (The Australia Day Council of WA) and The City of Perth.  The water screen, installed by LUX, was the first water screen ever seen in Perth. Special water jets were installed under the water in Elizabeth Quay which shot water high into the air in a fan shape. High tech projectors beamed the film content onto the giant screen for spectators to see.

Fireteller were commissioned to create the 13-minute film that tells a story from a Wadjuk Nyoongar perspective. The Wadjuk Nyoongar people are the original custodians of the Swan River, Derbarl Yerrigan, area in Perth. Fireteller worked closely with Rose Wally and the Wadjuk elders to create a show that told the story from early dreamtime creation, through colonisation, to reconciliation. Titled Shining the Light, the show aimed to highlight the injustices faced by Aboriginal people in the past and to shine a path forward for the next generation.

Fireteller interviewed eight Nyoongar elders for the film and worked with Aboriginal dancers, musicians and performers. Split into four parts, the beginning showed a fully animated creation story of the Rainbow Serpent and how it created the Swan River area and contributed to the life of early inhabitants. An important aspect of the show were the talking heads of the elders who spoke frankly and honestly about their personal experiences of colonisation and the stolen generation. The poignant stories were made more affecting by the ghostly effect the water screen created with their faces; voices speaking from the past, their stories haunting us to this day. The show culminated with a dance to We Are Australian, choreographed by Michael Smith and danced by Michael and Claudia Alessi from the Western Australian Academy of Performing Arts (WAAPA).

The show was a sell out every night it screened and over 20,000 people saw the show. On opening night, the elders who took part in the project came down to see the show. It was a powerful and poignant experience for all involved.

This video was filmed and produced by Fireteller as a promo video of the event which encompassed the water show as well as the accompanying light show that featured adjacent to the water screen. Watch it to hear Vox-pop testimonials from spectators.

The video above, produced by The City of Perth, depicts the water show in all its glory. This video was filmed during a trial screening of the show, before an audience was present. See the video below for the audience’s reaction. 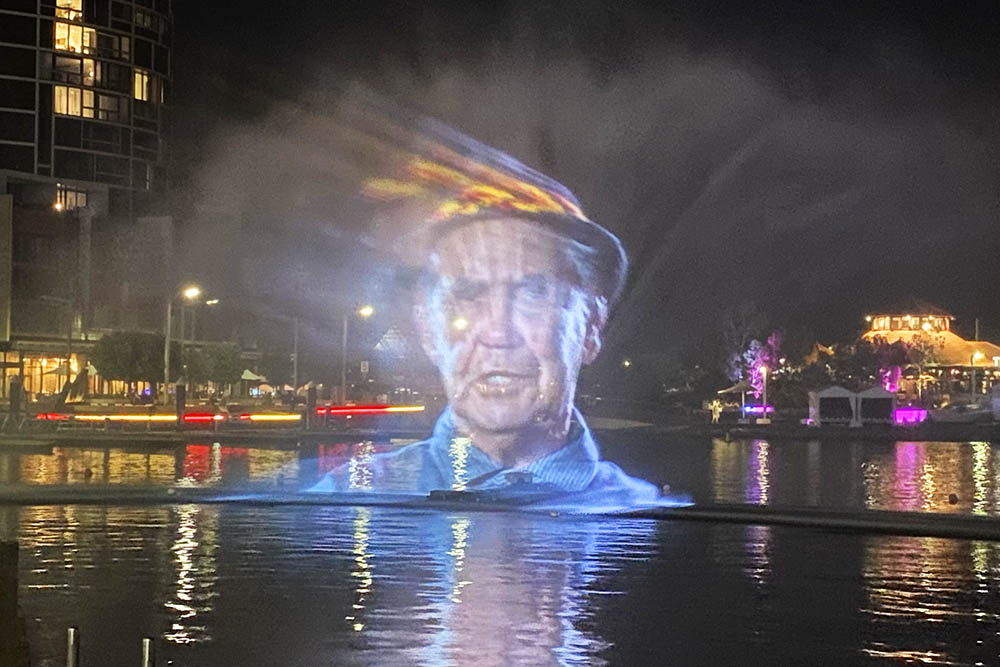 The Wadjuk Nyoongar Elders proudly tell their stories about the colonisation of Australia. Their faces tower 30 metres above the crowd. 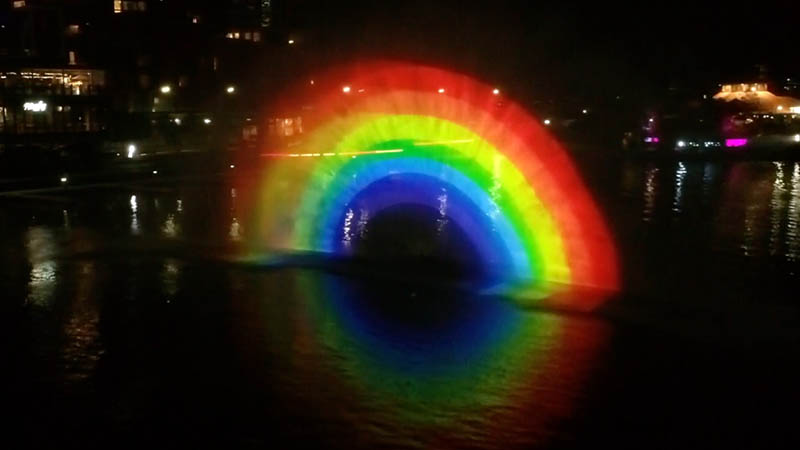 The water screen towered 32 metres above the crowd in Elizabeth Quay, Perth. 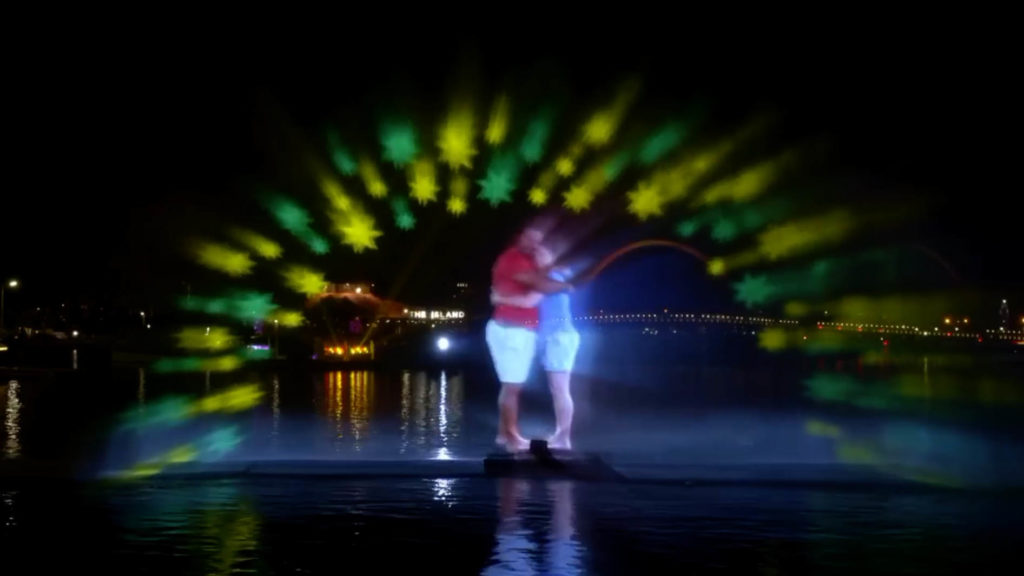